What does multicultural Amsterdam have that multicultural Toronto doesn’t? Both of us are on at least one  list of the top 10 multicultural cities in the world. Amsterdam has almost 180 nationalities. Toronto has about 230 ethnic groups, depending on what you count. So on a trip to Amsterdam last month, I went around looking for some unique cultural expressions, some customs only Mokummers follow which can relate to Toronto.

On our first outing, we came across a Body Painting Day festival in a park near the famous Rijksmuseum. Artists were using nude humans as canvases.  Ah, I thought. Here’s an unusual Dutch tradition. 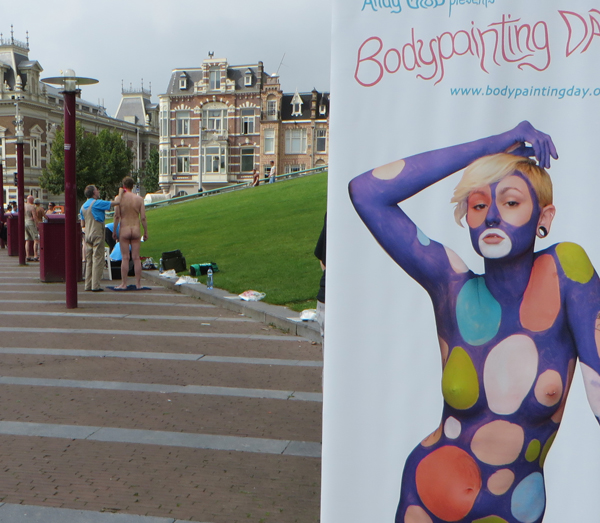 When I got home and started researching it, I discovered that Body Painting Day actually started in New York City in 2014. Amsterdam had one in 2015 and this year, Brussels and San Francisco joined the movement. It was not Dutch at all. 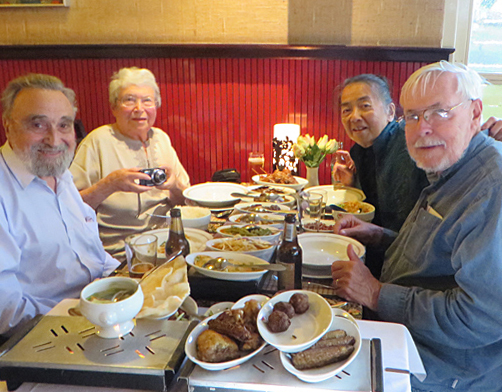 I had heard about the multi-course colonial Indonesian dish called rijsttafel in Hong Kong. I had never heard of this dish in a Toronto restaurant, nor did I know of any Indonesian or Dutch restaurants here. Indonesia then called the Dutch East Indies used to be a colony. When we emailed friends living in London, Paris and Leyden that we were planning to visit Amsterdam, they all immediately and separately replied that they wanted us to join them for a typical rijsttafel meal in Amsterdam. London and Paris didn’t have a decent rijsttafel restaurant, they said. The best restaurants were in Amsterdam.

The Sama Sebo restaurant was near our hotels. Our friends from Paris had read about that restaurant in their guidebook. It was a good choice. It served us at least 16 courses, some spicy hot, some mild, most wonderful. We went to the same restaurant twice. The wide range of Indonesian dishes, like gado gado, pisang goreng and sateh/satay were good. Rijsttafel or rice table was like a tasting menu.

Back home I did some research. Henny Groenendijk from the Netherlands Board of Tourism in Toronto told me about the Little Sister restaurant. Staff there said to phone the Noorden Food Bar at 2110 Yonge Street. A person answering the phone said the Noorden did serve rijsttafel but needed one week’s advance notice and a minimum of six people, 13 dishes served family style. It wasn’t exactly a place where a friend and I could go for lunch. So we can credit Amsterdam with this unusual dish, a Dutch colonial combination that is rarely found in Indonesia or elsewhere. I hope it can spread more accessibly to Toronto.

I wondered about a unique dish that people can associate with Toronto in the same way.  Jerk perogies perhaps? Korean-style poutine? These I’ve seen at Toronto festivals. 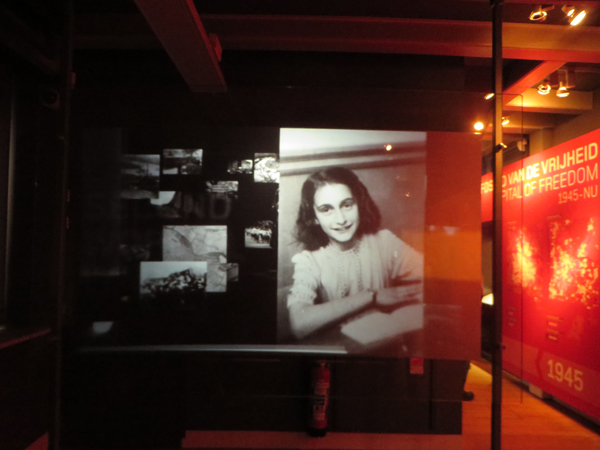 New to me was the history of Amsterdam’s Jewish community, many of whom were driven from Portugal and Spain in the 16th century. Many of these Jews prospered in their new city with its freedoms. The Jewish population grew to 80,000 – 140,000 by July, 1942. Sources differ. In 1942, the Nazis started to send Jews out of the country to “extermination” camps. Jews were about 10% of the population then. Today Jews are 1%, depending on definition.

Of course we all know the story of Anne Frank, the Jewish teenager who left a diary of her two years hiding from the invaders in a building in Amsterdam. We tried to get tickets to see her home but the queues were too long. We should have booked weeks in advance on the Web. The Jews have left behind much culture and many impressive buildings. There’s the Jewish Historical Museum, the huge Portuguese Synagogue built in 1675, and a national Holocaust Memorial. A Jewish walking tour includes 12 different buildings and monuments with Jewish origins. Theirs is not a history we want repeated but we need to be reminded of what humans are capable of. 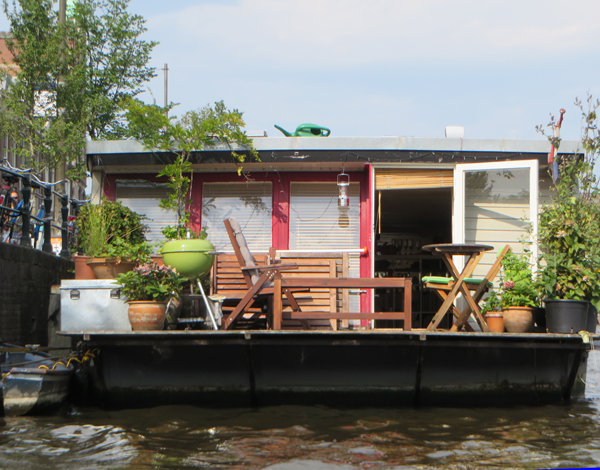 We saw other examples of culture in this city – a great number of  house boat people living with flower gardens on Amsterdam’s many canals. The thousands of bicycle riding inhabitants seemed to rule the roads and huge parking garages. Seeing example of great art everywhere and famous paintings by Rembrandt, van Gogh, and Vermeer in the original was thrilling. 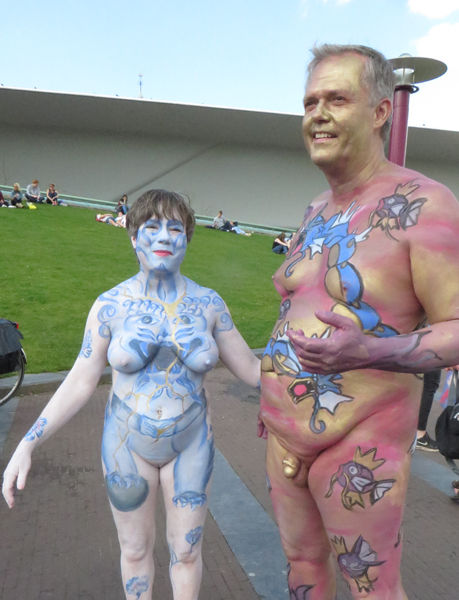 But the Body Painting Day was unexpected. Maybe Toronto should join the body art movement, gold penis and all,  to show that we are all the same under our clothes, that there’s no reason for us to exterminate each other, that superficialities are only superficial..  For information about Body Painting Day, see: http://bodypaintingday.org/about-us/.