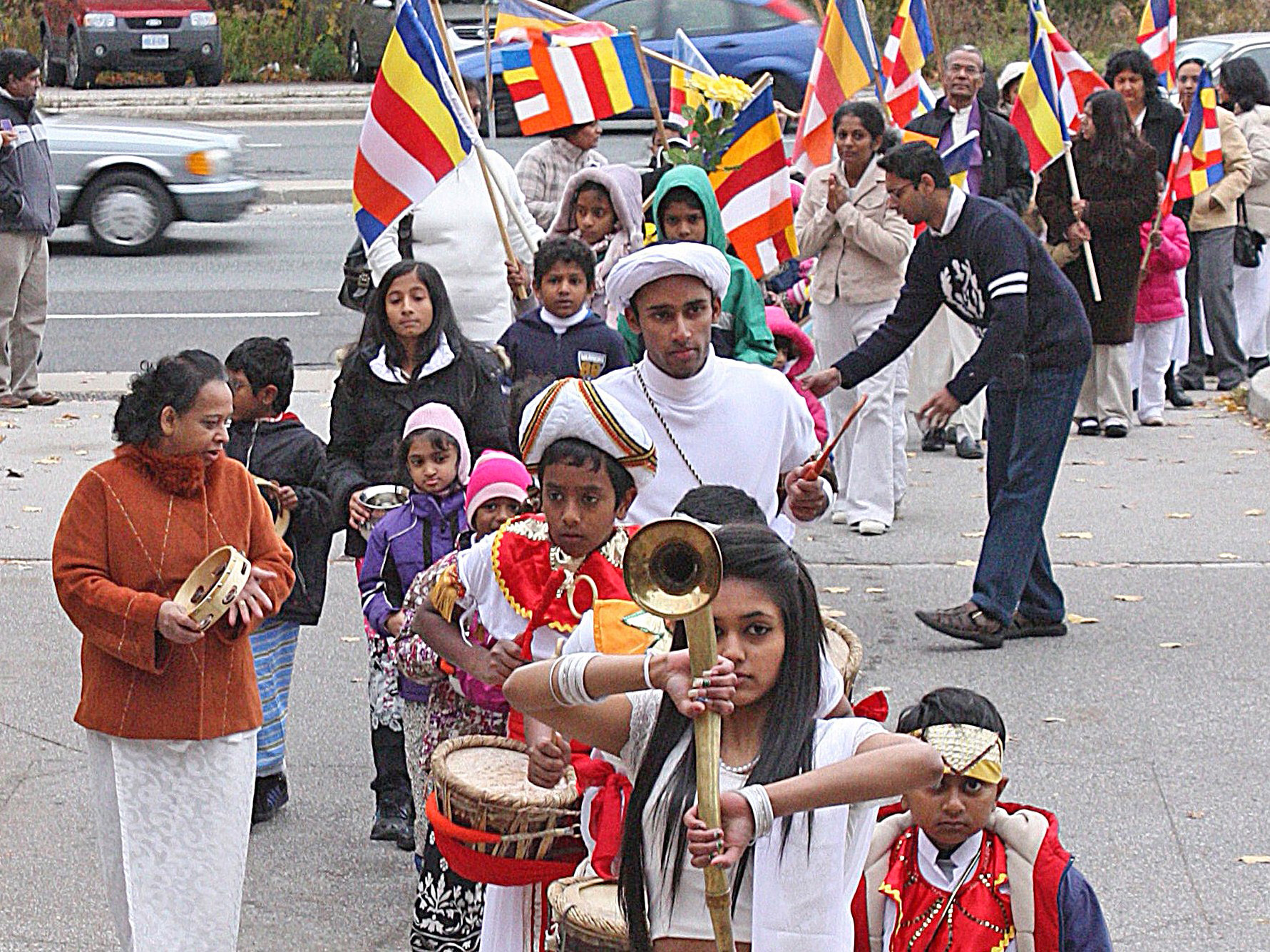 I had a wonderful time at the Buddhist temple yesterday.  The once-a-year Sri Lankan Robe Procession at the Maha Vihara Buddhist Meditation Centre (See previous two blogs) was a beautiful event. But the temple was so crowded I don’t want to encourage too many others to go.

The tiny parade on Kingston Road from the Lido Motel to the temple was colourful. From a distance, all we could see was a mass of waving multi-coloured Buddhist flags.    Drummers set the beat as a lovely young woman led the procession carrying a horn.  Ushieja later said the horn was to draw attention to the group but she was too cold to blow it.  She was dressed in a white Sri Lankan sari made for the tropics. It didn’t cover her midriff and the air was chilly.

Temple elders carried a robe meant for their big statue of Buddha. They placed it briefly over many of the worshippers’ heads, one at a time.  This special robe was wrapped in gold cloth. Some people even reached out to touch it to add their respect to the gift.

People arrived with packages for the monks: robes, begging bowls, straw fans, and razors–“everything a monk needs.” In Southeast Asia, monks go from door to door to beg for food at dawn. “They use the bowls to beg in Sri Lanka but not in Canada,” said Ushieja.  The packages were all bought in Sri Lanka. In Canada, “They wear warm clothes under their robes,” she said.

The main room was packed with men, women and children. In Southern Asian style, worshippers sat on mats on the floor.  Can other Torontonians last for several sermons sitting on the floor?  Twenty-five monks in maroon or saffron robes sat on chairs beside a line of tables.  At the far end of the hall, a large white Buddha presided over the group. We were indeed in Sri Lanka.

I counted about 250 people in the medium-sized hall. It was a squeeze.  To have non-members join them would mean more discomfort for the people who truly belong there.  Maybe next year the temple will have enough room for us.