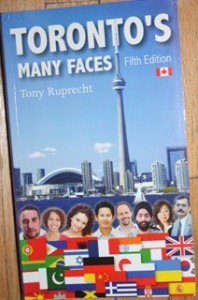 Sometimes I learn about free or nearly-free ethnic events in Toronto by going on the Web. Just by clicking on “Ukrainian events in Toronto” for example, I find a treasure house of dates with prices. I put items of interest onto www.torontomulticulturalcalendar.com .

But I don’t always find web-sites as well organized as the Ukrainians’ (which you can find at http://bit.ly/GW8Ini ). For a special event like the Lao Rocket Festival coming up in May, the Web couldn’t tell me if Laotians in Toronto were celebrating it.

So I was excited when I spotted the book “Toronto’s Many Faces” at Chapters, one day. There in 3 1/2 pages on Laos was everything I needed. It had telephone numbers and addresses of the Lao Association, Lao restaurants, and grocery stores selling Lao ingredients. Laotian holidays and temples were listed. I didn’t have to spend hours searching the Web.

This book does not have sections on all of Toronto’s many cultural groups. The Eritrean and Somalian communities are there but information is sparse on the Ethiopian community. It’s lumped along with South Africa with the whole of Africa. Ecuador doesn’t rate a separate section even though Quito is one of Toronto’s five Friendship cities; it’s together in The Spanish and Latin American Communities. I still haven’t found the Hakka, the Guyanese, the Roma or Tibetans communities.

This book, however, is a great resource for Torontonians interested in the festivals, events and buildings of their neighbours.  Its 438 pages cover 59 countries separately, and many more collectively. Toronto has over 140 languages and dialects and it’s not easy to categorize us into national communities. My own web-site cannot hope to cover all that has been mentioned in this book. 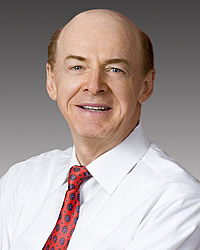 This book is a Bible for every politician who wants to court the ethnic vote. It is great for finding translators, or information for travellers about to go on a trip abroad to any of these countries. It’s helpful for school teachers trying to understand their diverse student charges. If you want to find fellow Springboks fans in Toronto and cheaper trips to South Africa, you should start here. Newspapers and radio stations are included in many of the sections. Some even list prominent ethnic Torontonians.

The Toronto Public Library has 88 copies of the current 2011 edition which you can borrow for free. This is the fifth edition and it looks like author Tony Ruprecht will continue to update it in the future.

Tony Ruprecht became interested in Multiculturalism when he was a student in Sudbury, Ontario. He was interviewing Serbs, Italians, Francophones and Finns for the university radio station. He later taught Political Science and became a Toronto alderman in 1978. In 1981, he was elected to the Provincial Parliament. On his own insistence, he was appointed Minister without Portfolio, responsible for Disabled Persons and Multiculturalism. He held the post for 2 1/2 years.

Ruprecht continues to promote multiculturalism largely because his mother was once rudely dismissed with a “Why don’t you learn to speak English!” He also feels that Canada as a confederation almost fell apart twice, and was saved by its multicultural citizens. That’s another story you can ask him about. He has many friends now in the ethnic community. He supported the now defunct Caravan, which introduced many Torontonians to the dances, music, costumes and food of our various cultures. He started the national flag-raisings at Toronto City Hall.

He wrote Toronto’s Many Faces in 1990 because the media used to phone him for contacts in the ethnic communities. He invited many groups to give him information. He hired two researchers, but he did most of the writing.

This well-organized book is largely a labour of love, especially now that Ruprecht has retired from politics and doesn’t need the ethnic vote. He concentrates now on Anti-Aging (see www.antiaginguide.me). But he hasn’t left Multiculturalism. He still gets telephone calls and e-mails with updates for the next book. It’s not easy to stop writing such a book or  keeping it current.