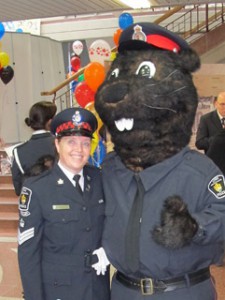 I learned a lot at York Regional Police’s International Day for the Elimination of Racial Discrimination last Sunday. I didn’t know that this Police Service has been commemorating this day annually for the past 10 years. The United Nations proclaimed the special day as a result of the 1960 police killing of 69 peaceful demonstrators against apartheid. It happened in Sharpeville, South Africa.

When I arrived, the lobby of Milliken Mills High School in Markham was filled with a wide range of booths, a giant beaver in a police uniform, and Markham’s huge Town Crier in his red uniform and triangular hat. Many policemen in uniform and families with children were milling about. 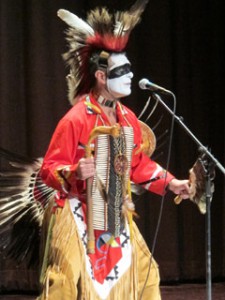 The booths dealt with health, police, and immigrant services. There were also booths representing some of Markham’s diverse cultural groups. The Sikhs and several Muslim organization were there, and I learned that everyone, not just Sikhs, would be welcome to walk in the Khalsa parade in Toronto coming up on April 29.

Did you know that Toronto has a Tatar community? The Tatar web-site alas is not in English but you can see it at: http://tatartoronto.com/. A lady was passing out leaflets with information about these 10 million Turkic-speaking people who live primarily in Russia, the Ukraine and Uzbekistan. 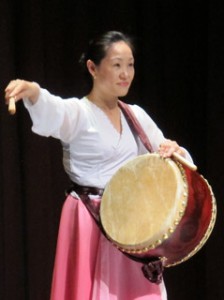 The Dominicans were present too. They have a web-site: www.dominicaassociation.ca. They were passing out pictures of their lush Caribbean homeland. This is not the Dominican Republic attached to Haiti. It is a separate island further southeast.

South Africa was there also but Toronto doesn’t have a large enough group to organize a festival, said the woman at the booth.

Have you heard about the late Dr. Herbert Carnegie, the former hockey star who was not allowed to play in the NFL because he was black? We learned that this distinguished Canadian went on to start the Future Aces Foundation to encourage positive attitudes among our youth. During the program, his daughter led the audience in reaffirming a healthy self-image. She urged us to shout, “I like myself!”

Did you know that 31-year-old Member of Parliament Rathika Sitsabaiesan for Scarborough Rouge River suffered racial discrimination growing up in Toronto? She said the other children used to rub her arm to see if the brown came off. She was elected last year when she was 29 years old. 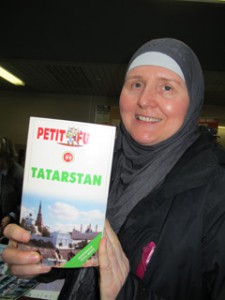 Unfortunately, I had to leave before all the performances were over, but I did see the fantastic Korean Drummers of Light Church, and some fancy dancing by the children of the Irish Dance Studio.

All the speakers pointed out how multicultural Markham was. The mayor said his was Canada’s most ethnically diverse region with over 70 languages spoken and 200 cultural groups. “We need to talk to each other,” he said.