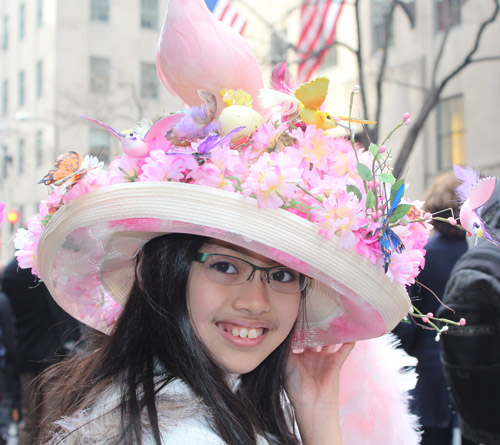 The Fred Astaire & Judy Garland Easter Parade film set in New York City in 1912 inspired the Toronto Vintage Fashion Easter Parade. Because of the weather, the group in period dress, sang, danced and walked around Toronto. They travelled by subway to places like the Eaton Centre, Union Station and the Royal York Hotel.

By chance I happened to be on Fifth Avenue in New York City near St. Patrick’s Cathedral on Easter Sunday, the original setting of movie. 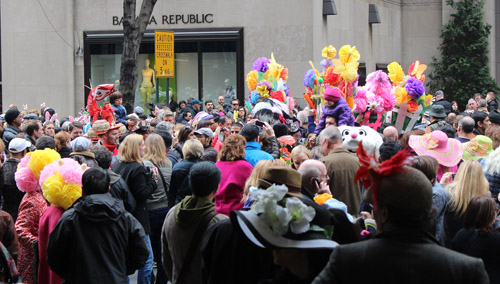 The crowd was thick even before church goers finished their Easter service. Most of the people there were more interested in taking pictures of the costumes. Copyright ©2013 Ruth Lor Malloy

The celebration there has developed into something very different. Unlike Toronto‘s, it was not organized. It was originally an opportunity for church goers to show off their beautiful clothes. It was never a parade with bands. Last week, I saw very few people dressed in vintage New York style clothing. Fancy bonnets were the norm but they were not necessarily all flowers and wide brims. 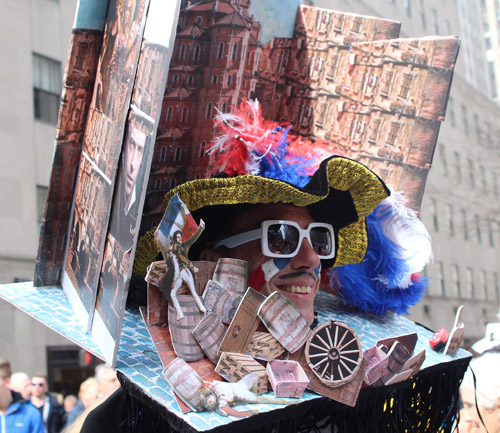 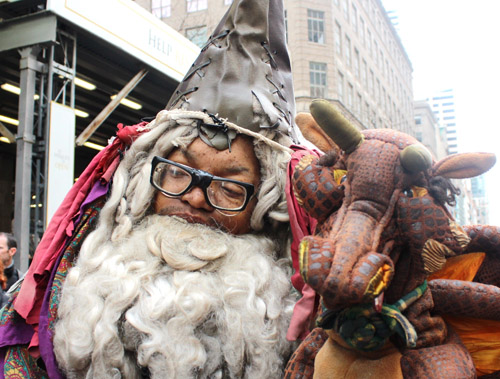 A mysterious man with a dragon. Copyright ©2013 Ruth Lor Malloy 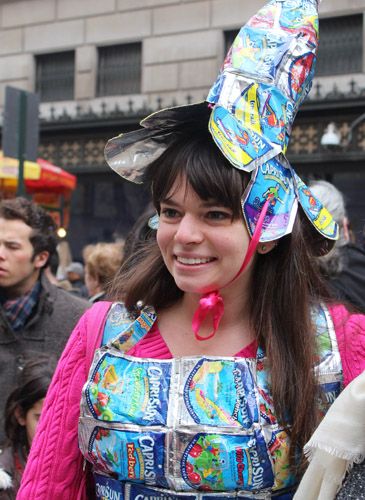 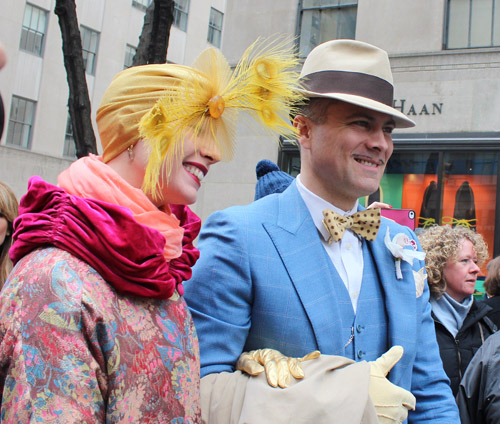 Characters from the 1920s were a minority but there were a few. Copyright ©2013 Ruth Lor Malloy 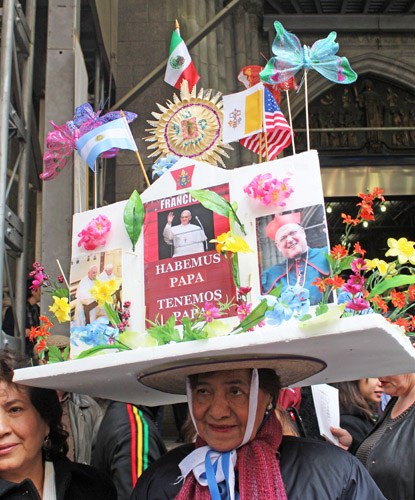 A proud Argentinian, one of the many ethnically diverse people taking part. Copyright ©2013 Ruth Lor Malloy 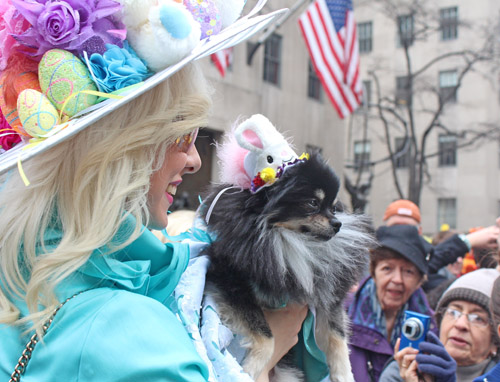 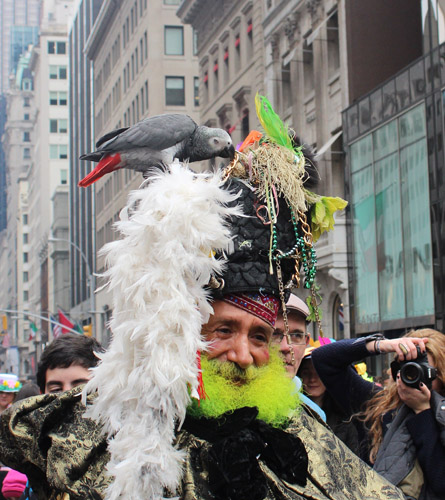 A hat with a live bird. One man’s hat was a live cat. Copyright ©2013 Ruth Lor Malloy 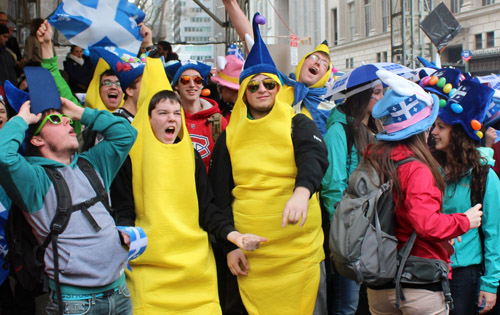 The Toronto parade was organized by the Bees’ Knees Dance studio. It might become one of our cultural traditions. Will it be American or multicultural like Manhattan’s?  For a report of this year’s Toronto affair, see: http://www.beeskneesdance.com/easter-parade/