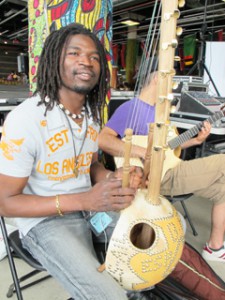 Last Sunday, Carassauga started off badly for me. I thought I had planned my visit carefully by choosing only five countries. I only had five hours to spend there.

I arrived early and easily got a parking space at the Hershey Centre in Mississauga, where I would see the performances of the first two.

Africa was on the top of my list. I love the drumming and the tinkle of the kalimba thumb piano. I wanted to see that pavilion first. My second choice was the Caribbean. The two venues were relatively close together.

Carassauga’s web-site listed Africa’s show time as “every half hour on the hour.” The Caribbean’s was “every hour on the hour.” I figured I would take in the Caribbean show first at 1pm because it was less frequent. But alas, at the venue for the Caribbean show, I found Anatolian dancers. A singer of Jamaican ancestry performed, but she didn’t sound very Jamaican. Then a Canadian group played a Beatles tribute. Okay, so the Beatles were British, but I wasn’t expecting them in a multicultural event. 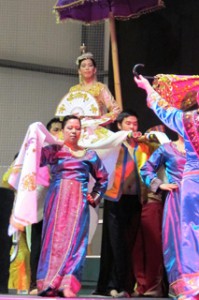 I checked out the African pavilion three times. A group of musicians were sitting beside their kora and drums. They told me they would probably start two to three hours later.  I didn’t want to wait for two or three hours.

I tried to buy a baobab drink. It was advertised on the side of one of the stalls. I asked for the advertised “Toonie” special. The people in the stalls didn’t know anything about either of them. I pointed to the signs. They shook their heads.

Then I remembered my husband wanted to buy a Filipino barong tagalog, the loose-fitting national dress. They are cool in more ways than one, embroidered and sexy. I went over to the nearby Filipino pavilion. The dancers were already on stage and they were great. The costumes were beautiful, especially for the performance about a Moslem princess. The dancing was good. 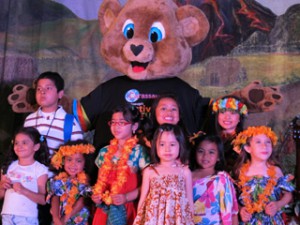 I found a booth selling barongs. I got a business card. I no longer felt frustrated.

From then on, I forgot about my carefully-planned schedule and grabbed opportunities as they appeared. The show in the Indian pavilion was in progress when I went by. I had my picture taken with a woman in Croatian dress.

I looked into the tent at Canada’s War of 1812 encampment and had an interesting chat with a “captain.”

Then I drove to the Tomken Twin arenas and was delighted to find parking easily. Indonesia, Iraq, Bangladesh, Pakistan, and Lebanon were on display. I found rare “I love Bagdad” tee-shirts and mugs on sale. 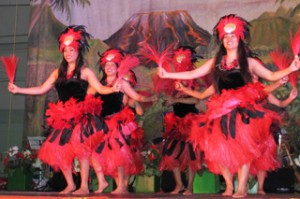 Belly dancers were on stage. Sorry, I have no interest in belly dancing. But I did have a pina colada for $2. The vendor said she would put alcohol in it if I wanted.

Hawaii was on my list. It was worth the ten-minute drive. The dances were from Tahiti and New Zealand too. I found out why that pavilion was popular. Most of the dances were variations on a hip-wiggling theme. The quality and energy were great. The scanty costumes seemed authentic. The music was lively. The guys and the children were pretty good too.

Mississauga’s amazing Mayor Hazel McCallion was in the audience. When the M.C. announced her presence, she suddenly became the centre of attention and she left.

In the same building, the Cyprus group was performing. The music was haunting and the dancers seemed to be enjoying themselves. The costumes were simple and I felt like I was really in Cyprus. It was lovely.

Next year I’ll leave Africa until later in the day. I’ll also do my planning from the detailed program.

Which show did you think was the best? How did you fare?