The Ukrainian Parade would be my first priority this weekend. But you might prefer other events. Details like links, addresses, times and schedules are in our www.torontomulticulturalcalendar.com. 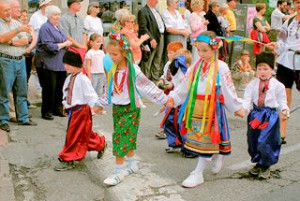 On Friday, September 14, Caribbean Tales Film Festival starts at Harbourfront Centre with two screenings at $15 each. This is one of two screenings in this blog that aren’t free. The Ukrainian Festival in Bloor West Village will have performances, street dancing and vendor stalls.

The Tibetan Canadian Cultural Centre in Etobicoke is hosting the Maitreya Project Heart Shrine Relic Tour. This is a very religious Buddhist event as the faithful believe these relics have “spiritual qualities of compassion and wisdom.” Worshippers also believe they might receive inspiration and healing. You can join the queue and follow what other people are doing. 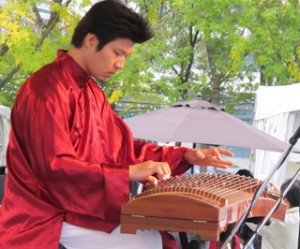 On Saturday, the Ukrainian parade goes along Bloor Street from High Park to Jane at 11am. You might want to stay afterwards for the performances, exhibits and food. Your children will probably want to try the rides. “This is a rain or shine event,” say its advertisements. While you are in west Toronto, you might want to continue on to the Maitreya Project Heart Shrine Relics. You could also drop in on the Polish Festival on Roncesvalles Avenue. Its parade is at 12:30 and is smaller than the Ukrainians’. The event will have free screenings of Polish short films, continuous live music, Polish song and dance groups, vendors, buskers, entertainers, etc. 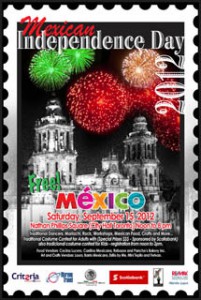 Mexican Independence Day Festival will be celebrated in Nathan Phillips Square with dancers, workshops, crafts, a costume contest, food vendors, etc. The Korean Harvest Festival will be in Mel Lastman Square. The Vietnamese Lantern Festival will be at Harbourfront Centre, and Voices of the Nations, a multicultural Christian music festival, will be in Yonge-Dundas Square.

On Sunday, the Toronto International Film Festival will show “Just the Wind” by director Bence Gliegaul. It’s about the last hours of the murders of six Romani families in Hungary in 2008-2009. You do have to pay for a ticket for this one. 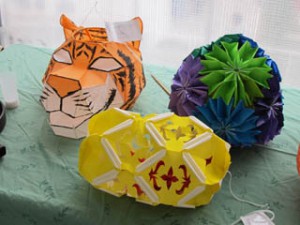 The Polish Festival will continue on Roncesvalles Avenue. The Korean Harvest Festival will be on for another day at Mel Lastman Square. Jewish families will be celebrating Rosh Hashanah, the Jewish New Year in their homes.

Don’t forget to send us reviews of the performances you see, and notices of festivals we’ve missed. If you let us know in time, we can add more festivals to our Calendar. Our e-mail is: ruthlormalloy@gmail.com .