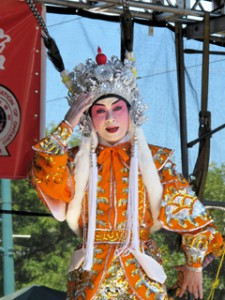 It looks like another rich weekend in the GTA full of ethnic events from which to choose. Details like links, addresses, times & schedules are in our www.torontomulticulturalcalendar.com.

It starts off Friday noon with the raising of the Brazilian flag at Toronto City Hall. The occasion is Brazil’s Independence Day.

St. Mark’s Coptic Church in Scarborough is among those with a three-day festival starting today. I went last year and found a small carnival with events much like what I remember from small-town Ontario. You throw a ball and a hapless chap gets dunked into a big tub of water. Then there was some great Egyptian food, and a friendly vendor was selling hardware! The church’s museum has guided tours. It’s special because it’s the only Coptic museum outside of Egypt. 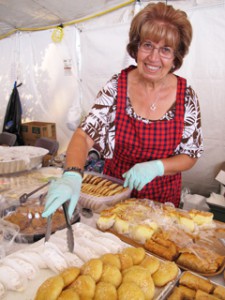 The Macedonian Orthodox Church in Markham also starts a three-day festival. It’s easy to reach because it’s across the street from the Markham Go Train Station. We visited this church last year (See: http://bit.ly/TYj5wB ). I found its festival smaller and less lively than St. Mark’s, but it was an opportunity to see its amazing floor-to-ceiling religious paintings and try some Macedonian food.

On Saturday, a Celtic festival with dances, music and British vendors is in the Beach’s Kew Gardens, one of the prettiest festival venues. Bring your own chairs.

The Coptic and Macedonian festivals continue while the Ethiopian festival opens at Christie Pits. That one has traditional dance performances, a fashion show, skits, poetry and cultural exhibits. I learned a lot about Ethiopian history there one year. 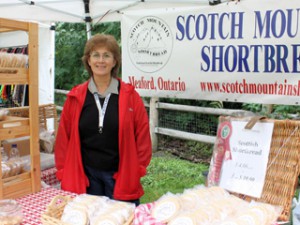 The Chinatown and Mid-Autumn Festival will be at Spadina and Dundas. For the first time, it will have a cultural exhibit with Chinatown’s history, and a street-food eating contest. You can also learn about the revolutionary connection associated with moon cakes. This will be in addition to performances and a large number of Asian food stalls. Unless it’s been prohibited, the strange obnoxious odour there will be that of Stinky Tofu, a Chinese delicacy that tastes better than it smells.

The Romanian Festival will be in Mel Lastman Square. Look for kurtos kalacs , the wonderful, crispy “chimney cakes” covered with sugar and walnuts. Our adventures at this festival last year are on: http://bit.ly/Nyr6LW . 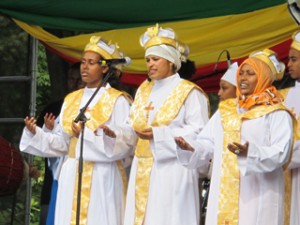 The “Tibetan Flame of Truth” relay will be in downtown Toronto supporting protests in Tibet against the Chinese government.

The Fiera Tarantella Festival with musical performers on each street corner in College Street’s Little Italy will go on into the wee hours. Look for the Tarantella dance competition there too.

The Celts, Copts, Italians, Macedonians and Chinese will continue their celebrations on Sunday, giving fans of multicultural Toronto a chance to chalk up as many countries in one weekend as possible.

Don’t forget to send us a review of your favourite performances, and notices of festivals we’ve missed. If you let us know in time, we can add more festivals to our Calendar. Our e-mail is: ruthlormalloy@gmail.com .