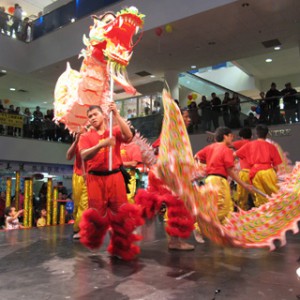 July 1, Canada’s national day in Toronto is a many-splendoured thing. For those fans of ethnic culture lucky enough to be in town, the weekend starts on Friday, June 29 with the continuation of the Italian Contemporary Film Festival. Okay, so it’s $12, but if you like Italian films, it’s worth it. If you are passionate about Italian films, a pass is a bargain. Then it’s only $10 per film. The last day of this festival is July 1.

From here on, entry to all the events listed are free. 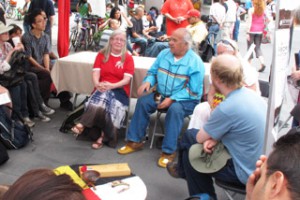 At the Public Library, 29 St. Dennis Dr., there’s a Canadian culture display, dancing, singing, Chinese performance, henna art, face painting, and storytelling for kids. If you live in the area, you don’t have to go far. 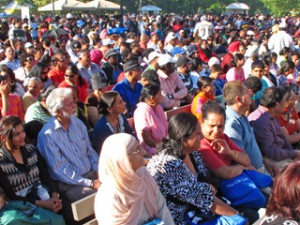 The Scotiabank CHIN International Picnic is on at Exhibition Place. Performances and entry are free. It has South Indian and Hispanic performers on Saturday, and Chinese, Italian, Polish & Filipino performers on Sunday. On Monday, there’s Portuguese, Caribbean and Italian. This has to be the biggest such festival in the world, and it’s full of other goodies. Expect huge crowds. 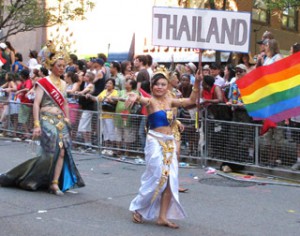 On Sunday July 1, Mackenzie House is honouring its former owner and W.L.Mackenzie’s Upper Canada Rebellion, 175 years ago this December. If you want to escape from Canada Day, go there. Escape also to the Spadina Museum which hopes everyone will dress up 1927 style. That’s was Canada’s Diamond Jubilee year. Expect a costume contest and 1920’s dancing. crafts, and games.

A Canada Day Wreath-Laying Ceremony is at the Chinese Railway Workers Monument near Rogers Centre. It will pay tribute to the 17,000 Chinese workers who helped build our trans-continental railroad. 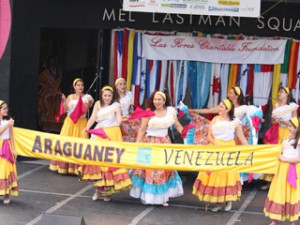 Yonge-Dundas Square will be the venue for the 6th Annual Multicultural Canada Day Festival. It will show First Nations dance & many other ethnically diverse dance groups from Europe, Canada, South & Central America, Asia, and Southeast Asia. It is organized by the highly recommended Community Folk Art Council of Toronto. 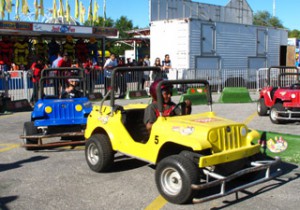 Colborne Lodge in High Park has participatory Aboriginal dance and song performances by Leslie McCue and Lindy Kinoshameg, and a War of 1812 walking tour.

The lively Pride Toronto Parade will start at Bloor & Church and goes south on Yonge. It includes several diverse cultural and multicultural groups.

Monday, July 2 is a statutory holiday. As far as I can see, the CHIN picnic is the only free or nearly-free event that we consider ethnic.

Details of these events are on: www.torontomulticulturalcalendar.com . If you tell me about other such cultural events, I can add them to that list. And let us know what you think if you go to any of these.

Is “Canadian” an ethnic culture? It depends on definition and who is doing the defining. Many of our new immigrants want to learn about Canadian culture so we include some traditional Canadian events here too.